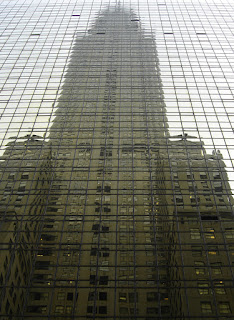 I have been in the United States of America for 20 days now. Not only is it another country, it's also another planet. I thought I'd be able to speak the language, but I was wrong...

New York is a living creature; a large sweaty mammal. On my first day in the humid city I arrived at The Roosevelt Hotel and discovered that I would be sharing my room with a guy from Venezuela who's also in New York for the Fulbright Gateway orientation program. After checking my baggage I set off to get lost in the Manhattan haze on my own. The hotel is wonderfully central, near Grand Central Terminal as it turned out. I quickly discovered the sublime Art Deco Chrysler Building towering over nearby Lexington Avenue. I loitered in its wood-and-marble lobby for a long time. Thereafter, I strolled down a sweltering 5th Avenue until I reached the Empire State Building on W 34 Street. The area here was noticeably more geared towards tourists, with several souvenir shops spilling I ♥ NY T-shirts and postcard spinners onto the bustling sidewalks. I discovered why, when walking west on 34th Street brought me to Broadway. Most of the snippets of conversation I caught from passersby wasn't English. The heat was getting to me. I slipped into the air-conditioned cool of Macy's on Herald Square and rode the quaint wooden escalators to their basement. I felt largely unimpressed by the gaudy excess of Times Square, although I must admit that I did buy some CDs (Fischerspooner and the new record by The Knife) at the Virgin Megastore there. The rest of the afternoon was spent at the Rockefeller Center, St. Patrick's Cathedral and dipping into designer stores on 5th Avenue. I elected to visit the New York Public Library and walk to Madison Square Park, which is overlooked by the rather fabulous Flatiron Building. After dark, I discovered this wonderfully depressing 50's style diner with aquamarine and pink seats and melamine countertops where I just had to have dinner. Like something out of Ghost World.
The next day was jam-packed with talks in my orientation session. These consisted mostly of briefings on what to expect from my adventure - culture shock, the idiosyncrasies of US universities and the like. We did have a scavenger hunt at the Metropolitan Museum of Art. I didn't enjoy this much because:
a) we had to work in groups and I'm not a team player;
b) we kept having to run around shouting like maniacs, which bothered the other museum-goers;
c) we kept rushing past famous works of art (like paintings by Klimt and Renoir) without getting a chance to look at them;
d) we kept arguing about what the clues mean and what the answers are so that;
e) the one guy on my team got so exasperated that he actually tapped a Rembrandt;
f) causing a burly security guard to reprimand us (I thought we'd get kicked out).
Late that afternoon we were taken on an open-top bus tour of the city. I'm generally not a fan of oranized tours, as the operator's are usually annoying with all their banter and the whole thing goes too quickly. However, I was delightfully surprised when they took us to see Andy Warhol's old studio The Factory, and all the interesting bits around Battery Park and Wall Street. At dusk we were let off at Pier 17 to have a beer and watch the lights come on over Brooklyn Bridge. We drove back to the hotel past Ground Zero (unreal) and the harsh lights of the theatres on Broadway. Some new international friends and I elected to have a night on the town at a moody sushi bar called blue chili. I can recommend the Alaskan crab California rolls - delish!

The day after was again filled with talks on immigration status and student survival skills (yawn). When those were done, I took the subway up to Central Park to visit the Guggenheim Museum. Although the iconic facade by Frank Lloyd Wright was being restored when I visited it, the interior was as awe-inspiring as I'd hoped it would be, filled with crazy installations and classic works by Kandinsky, Rousseau and Pissarro. I took a walk through Central Park, a steamy man-made jungle in the middle of the metropolis. On the west side of Central Park I did what any sensible stalker would do and scoped out the Dakota Building, home of such stars as John Lennon and Lauren Bacall. They were filming some movie outside it, but I couldn't tell what it was, or see any famous people, so I took the subway to Greenwich Village. Starting at the Memorial Arch in Washington Square Park, I walked around to get a feel of the Village, easily my favourite part of the city. Full of clubs, gay bars, organic wholefood markets, sex shops, little old ladies, second-hand record stores and turn-of-the-century tenement houses, it felt like Cape Town's Observatory on a grand scale, somehow. I walked up Christopher Street and payed my respects to the Stonewall Inn, site of the 1969 drag queen riots and the start of the Pride movement. It seemed desolate; all but forgotten. Close by on bustling 6th Avenue I found Gray's Papaya. This is a place much mythologized by Wendy, so I just had to have one of their piña coladas. You were right, Wendy, refreshing and delicious. I'll search them out again when I'm there.

My last day in the city that never sleeps started at the offices of the Institute of International Education, which is right opposite the United Nations! After a wrap-up session and a sensational lunch on the balcony overlooking the UN plaza, I returned to the hotel to freshen up. Our final evening was to be spent in Chinatown. Chinatown felt like another city entirely. More colourful than the rest of New York, and more smelly. I tasted longans from a street vendor for the first time; they're sort of like the bastard children of a litchi and a grape, really. Seafood restaurants abound in this area. Of note is their practice of keeping the items for the menu alive in small cramped fish tanks until right before they are ordered, which seemed odd and cruel. The restaurant where we had our thing was called Jing Fong, in Elizabeth Street. The huge venue managed to cater for all 150 of us, although the Chinese food wasn't to all international tastes. The Costa Rican girl at my table and I had to pre-taste and putatively identify each course before some of the others would even touch it! Needless to say the whole affair devolved into a messy drunken karaoke party before the night was over. 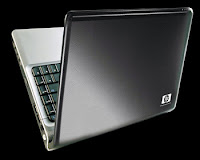 Hello. I am not dead. Just a little busy setting up my life in Fort Collins (buying furniture, registering for classes, getting a computer). I'm planning a post on New York City, and a follow-up on my arrival in Colorado. So watch this space...
Sown by Unknown at 1:06 am 4 comments:

My number is up 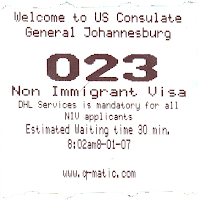 I have spent the whole of this week planning, packing, throwing things out, scanning important documents, saying goodbye, cancelling bank accounts, stressing, getting medical reports, buying luggage, overeating and clearing out my lab bench. And going through the sheer torture that is applying for a US visa.

Tomorrow afternoon I shall get on a plane bound for New York City, where I'll be incommunicado for about a week. Then I'm moving on to Fort Collins, Colorado, where the real fun and games are sure to start. Don't expect to hear from me until then, as I need to buy a computer first. Dear reader, I truly appreciate your interest in this blog. I will try my damndest to keep it up-to-date with all the latest juicy bits about my Stateside adventures. Play hard, think deep and remember: don't drink the water.
Sown by Unknown at 11:52 am 3 comments: